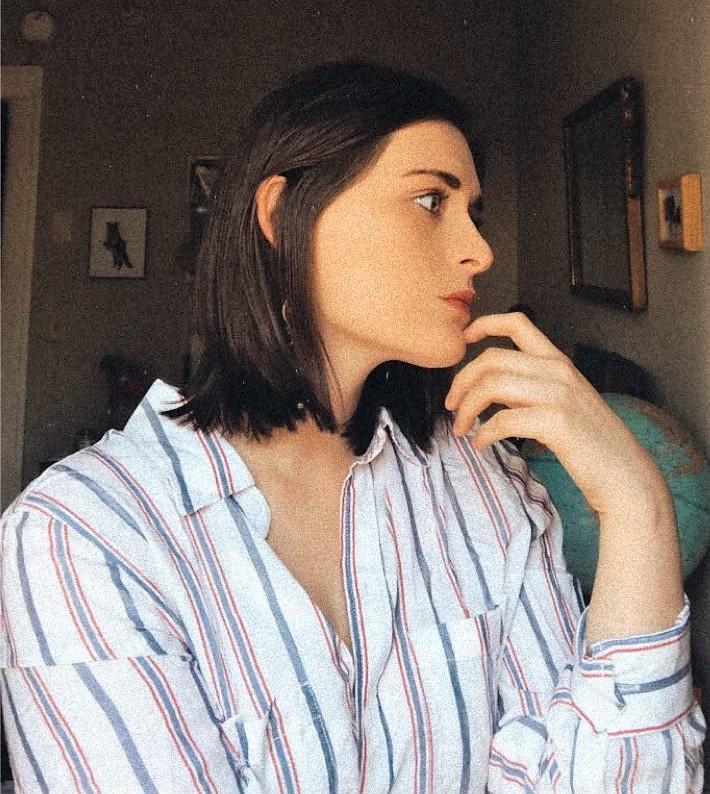 When Mikayla Powell was born, her parents were still kids themselves. “My mom and dad were just teenagers. There are pictures from their high school graduation with me in it,” she says.

“Growing up, we were fairly poor,” she recalls. Particularly after her parents split up when she was in middle school, her home life became stressful, and Mikayla took on a lot of responsibility. And yet, despite the extreme challenges, Mikayla credits her mom with motivating her to rise above her humble beginnings.

“My mom was a big supporter of my going to college,” Mikayla says. “She taught me to read at age four, with a whiteboard in the kitchen. She drove me to do well in school. And I’m glad she did, because it pushed me to work through things, have a goal in mind, and have the confidence that I was going to reach it.”

Her mom also told her early on that she would need a full financial ride if she was going to go to college, and that meant she was going to have to work hard. Those words made an impact. Mikayla graduated from Enosburg High School in 2020 at the top of her class, with a 4.11 GPA. She was also very active in service clubs, contributing more than 400 hours to various community service projects during her high school career.

She applied to nine colleges, was accepted at three, and ended up choosing St. Michael’s College. Mikayla was one of two students from her high school to receive the prestigious St. Michael’s Book Award, which comes with a substantial scholarship. She also received a United States Youth Senate Scholarship, as well as several additional awards through VSAC.

Mikayla chose to major in Anthropology and Sociology, a field inspired by her longstanding interest in, and aptitude for, foreign languages. She took four years of Spanish in high school, started teaching herself Japanese at age 13, and recently started learning German. She also knows Canadian French, passed down by family members.

Ultimately, Mikayla wants to work as human rights lawyer. “I want to be a part of something bigger, and to provide safety and a space for others to speak,” she says.

Her interest in social justice began with a research project she did during her sophomore year in high school when she wrote about the Syrian refugee crisis. “That project made me realize how so many things ripple out and impact each other,” she says. “But as much as I researched, I had never met anyone who had been personally touched by that experience.”

That changed the summer before her senior year when she attended a summer program through the Governor’s Institute – another opportunity introduced through VSAC. “I met so many people there who opened my eyes to how big the world was,” she recalls – in particular, another student who had grown up in various UN-sponsored refugee camps throughout Africa and had emigrated to the U.S. at age 12.

“Refugees are seeking asylum – sometimes right here in Vermont – and they just desperately want to feel at home,” Mikayla reflects. “I think about what it must be like to come here and not know any of the languages, and to feel culturally isolated.”

Looking for a “help desk”

While she says thinking about that “makes my problems feel so much smaller in comparison,” it’s definitely possible to draw parallels to Mikayla’s own experience and see the source of her empathy. She talks about the stress of growing up in poverty, and the responsibility of providing for her own future, as well as often looking after her younger sister. Even now that Mikayla’s in college, with most of her costs covered, she says being a first-generation college student can feel pretty isolating at times.

“You’ve got to be ‘in the know’ to get anywhere on a college campus,” she says. “There’s no ‘help desk’ for those of us who have never done this before.” She says she wishes colleges offered more guidance for first-gen students and more support for students’ mental health.

During her high school years, VSAC – and her VSAC counselor, Kate Rowland – came pretty close to being that “help desk” she describes. In the sixth grade, Mikayla was selected to participate in VSAC’s Talent Search program, for which teachers nominate high-achieving, college-bound students. In addition to the career and college planning foundation and resources that were imparted through the program, Mikayla also really appreciated the opportunity to work one-on-one with a VSAC counselor.

“It was great to have that person you could go to,” she recalls, adding with a chuckle that there were several “panic calls” to Kate during the application process.

Having participated in Talent Search before the onset of COVID, Mikayla says the college visits also stood out.

“I never would have been able to afford to go on college tours. Through VSAC, I got to go all across the state,” says Mikayla. Not only did the tours give her important information about schools she was considering applying to, but the trips also broadened her horizons. She said the experience of meeting and bonding with students from all over Vermont was really special. “It was fun, and I’d never done anything like that before.”

After pushing herself so hard for so many years just to get to college, Mikayla felt worn out by the time she started at St. Mike’s. “I just wanted to be what my parents couldn’t – to get a degree and be able to support my family. But I was exhausted,” she recalls.

So, partway through her first year, she ended up taking time off to rebuild her mental health. “I felt like a failure at certain points, for having to take that time,” she admits.

But Kate Rowland, her VSAC counselor, sees that decision as a hallmark of courage. “When Mikayla needed to leave St. Mike’s to deal with some personal challenges, I was so impressed by her determination to be healthy enough to return to school, and she was able to do just that.”

Mikayla is now back on campus and is once again a straight-A student, though her outlook has softened. “I used to be such a rigid planner. Now I’m trying to be gentler on myself. It’s not the end of the world if I have to change some things as I go,” she says. “And I learned that it’s okay to ask professors for accommodations.”

“Mikayla is one of the most motivated students I have ever had the pleasure of working with,” says Rowland. “She has faced some overwhelming challenges in her life and has continued to work hard to understand herself and push forward to creating a better life than the one that was given to her. I feel honored to be able to assist such a bright and special young lady.” 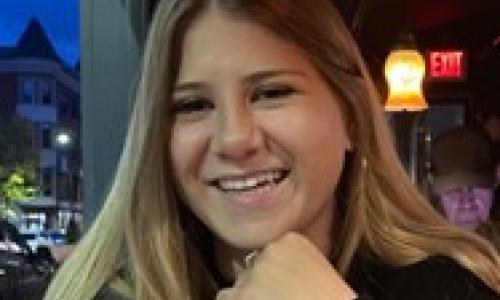 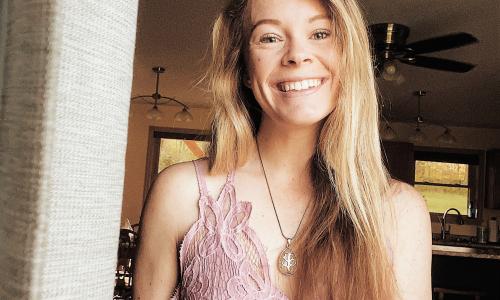 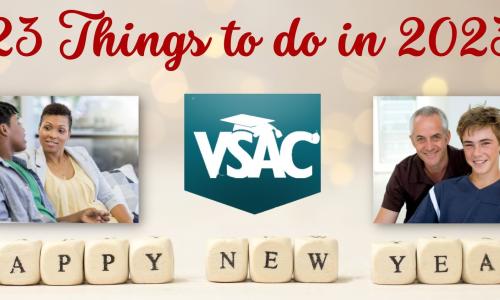