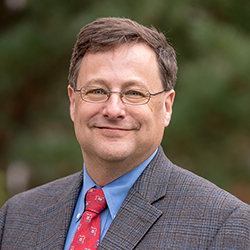 Scott A. Giles has served VSAC since 2003. Mr. Giles was appointed president and CEO of VSAC after serving as vice president of operations, social marketing, and strategy. Mr. Giles previously served as deputy chief of staff of the Committee on Science of the U.S. House of Representatives and as senior professional staff member on the U.S. Senate Committee on Health, Education, Labor and Pensions, where he authored the student loan provisions of the Higher Education Act of 1998. He was appointed by the Secretary of Education to serve on the Federal Advisory Committee on Student Financial Assistance and was elected chair. A national expert in higher education policy, regulation, and servicing, he has been designated by Secretary Spellings and Secretary Duncan to represent the nonprofit student loan lenders and servicers in three rounds of negotiated rule-making. Mr. Giles has a BA from St. Lawrence University and an MA and PhD from the University of Virginia, as well as certificates in finance and management from the Harvard Business School and the Kennedy School of Government. 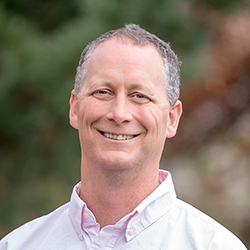 Mike Stuart joined VSAC in 1994, initially serving in default collections and loan compliance before moving to the functional area of treasury in 1999. He has served as vice president and chief financial officer since 2007. Mike oversees all of VSAC's financial and facilities management functions. Finance activities include issuing and managing bonds, analysis and management reporting of VSAC's education loan portfolio, loan program pricing, revenue projections, analysis and recommendation of borrower benefit programs, and analysis of guarantor financial performance. The accounting function involves loan-related activities, several state and federal grant programs, more than 125 scholarships, and Vermont's 529 college savings program. Mike has participated in the issuance of more than $2.2 billion in VSAC bonds to support the education loan function and additional bonding to finance the construction of the corporation's headquarters in Winooski. Mike received a bachelor's degree in history from St. Lawrence University, a master's in management and administration from Saint Michael's College, and a professional certificate in financial accounting from Champlain College.

Thomas A. Little joined VSAC in January 2003. Mr. Little served as the corporation’s outside legal counsel from 1983 to 2003 as a member of the law firm Little, Cicchetti & Conard, P.C., Burlington, Vermont. Mr. Little was a member of the Vermont House of Representatives from 1992 to 2002. He is past chair of the Lawyer’s Caucus of the National Council of Higher Education Loan Programs. As vice president, Mr. Little oversees the corporation’s risk management, internal audit, compliance, and development programs. Mr. Little received his BA from Bowdoin College in 1976 and his JD from Cornell University in 1979. 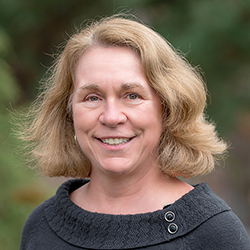 Marilyn Cargill joined VSAC in 1984 as a grant counselor. She worked for 20 years in the grant program moving from counselor, to manager, to assistant director. Marilyn became director of Financial Aid Delivery and Operations in 2004 where she had responsibility for grants, scholarships, loan account services, school services, and the administrative and imaging area. In 2010, the customer relations division was added to her responsibilities. In 2014 Research was added to her responsibilities followed by Marketing in 2016.  Marilyn oversees most of VSAC's operational functions servicing the loan portfolio, as well as 3 major state grant programs, and 160 scholarships. Marilyn is a past president of the National Association of State Student Grant and Aid Programs (NASSGAP). Ms. Cargill has also served as an officer for the Vermont Association of Financial Aid Administrators. Marilyn serves on a number of community-based boards.  Ms. Cargill received her BS from the University of Vermont in 1978. 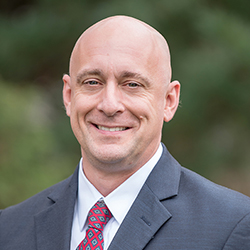 Patrick Leduc joined VSAC in 1995 and has held positions in information technology and project management prior to moving to VSAC’s executive team, where he oversees human resources, IT, and state-based outreach services focused on both traditional-aged students and adult learners. In his role at VSAC, Mr. Leduc created the Career & Education Wellness program, an innovative approach to bringing information and inspiration to potential adult learners and parents of students across the state of Vermont.

Mr. Leduc holds a degree in computer science from Hesser College, has completed various leadership programs at MIT’s Sloan School of Management, and is a graduate of the Snelling Center for Government’s Vermont Leadership Institute, and now is a member of its board. Mr. Leduc is a former school board chair for the South Burlington School District, president of the Faith Influenced Leaders Corporation, founder of multiple scholarship programs, ongoing partner with the Vermont Talent Pipeline program and former member of the Vermont Business Roundtable’s College and Career Readiness Task Force.

Mr. Leduc lives in South Burlington, where he sits on various community and private foundation boards focused on improving the lives and opportunities of all Vermonters. He is active in founding South Burlington’s first food bank and providing a network of other services in his community and across the state. He is an advisor on the statewide Listen up Vermont project that seeks to gather and share the voices of the youth in Vermont.