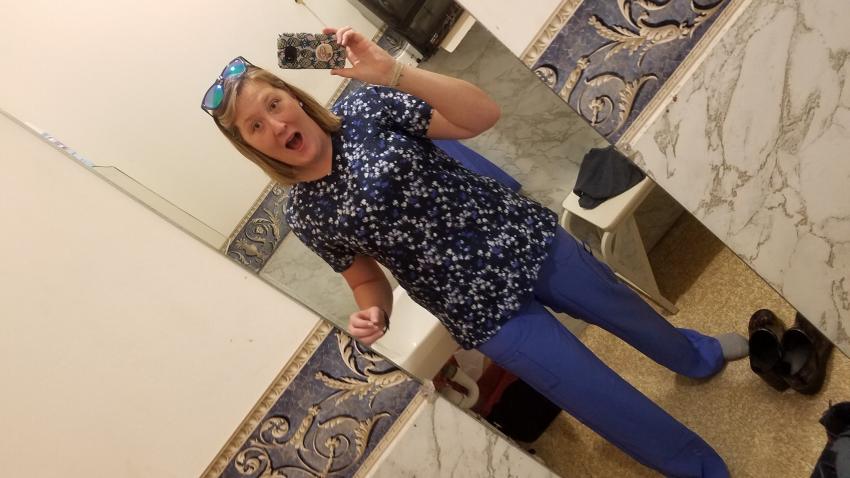 When she was in her mid-twenties, Lauren Craig thought she had hit a dead end on her career path. Fortunately, with some heavy encouragement from a friend and some financial help from VSAC, some new doors opened, and today, she’s working in a job she loves.

“I’ve kind of jumped around a lot, with what I wanted to do,” says Lauren, now 31, who grew up in Peacham. But listening to her talk about the career tracks she’s considered, it’s obvious there is a common theme: she wants to take care of people. The only thing holding her back from her true love of nursing, it turned out, was a mistaken assumption that she wouldn’t be able to deal with blood.

“At first, I wanted to be a neonatal nurse – but I remember thinking, oh, I don’t like blood or needles, so that’s out of the question. So, I settled for a human services degree,” she says, and graduated from Lyndon State in 2012. Then, she worked for Washington County Mental Health for four years in a group home for teenage girls. “That’s when I realized that I’m not affected by other people’s blood,” she recalls. “And I thought, oh man, I settled for a degree and I could have gone for what I really wanted.”

While the mental health field provided some rewards – Lauren fondly recalls seeing one of her first clients overcome her emotional challenges and finish high school, then start college – she also got burned out and traumatized by day-to-day violence.

She recalls seeing young girls harming themselves on a daily basis, and sometimes, their implements were turned on Lauren and the other caregivers. “In my first two months there, someone came after me with a pair of scissors. I didn’t know what I was going into each day. Eventually I realized I needed to get out of this.”

In fact, she had signed up for the LNA class a couple of years ago – “I had my deposit down and everything,” she recalls – but then had to withdraw when she had car trouble and didn’t have transportation. Then, along came a supportive friend who gave her the jumpstart she needed to get back on track. “A woman that I babysit for, she knew (getting into the medical field) was what I always wanted to do. So, she did research for me while I was at work and she was home sick. She tells me, ‘So I made all these phone calls for you … and I got all the applications … you’re coming over when you’re done work and we’re filling this stuff out. The class starts next week.’”

It turns out, there were more people who believed in Lauren and wanted to support her – including VSAC, who originally told her that she didn’t qualify for financial aid, because according to the state, she made too much money.

“I thought, how do I make too much money? I’m barely making it by! I was in tears.”

Lauren says she started working on figuring out how she was going to pay for the class out of pocket. After being assured by the program that she didn’t need to pay the full amount on day one, she enrolled, then went to meet with Marti Kingsley, a VSAC adult outreach counselor.

“I admit, I had a bit of an attitude at that meeting,” Lauren recalls with a chuckle. “But Marti told me, ‘We’re going to figure this out. There is no reason you shouldn’t qualify, because you want to further your education. Give us a day or two.’ I don’t think it was even 24 hours and I had an email back from her.”

That message came in while Lauren was in the fitting room at Super Shoes in Littleton, trying on scrubs, which she needed for the clinical part of her program. “That’s when I got the message, saying ‘You got a scholarship!’ And I thought, how did I do that? Because I didn’t apply for anything! Instant happy tears,” she recalls.

Lauren had been awarded a scholarship through the Curtis Fund, which offers financial assistance specifically for students seeking short-term training programs to build their job skills. In a pilot program launched in 2018, 16 students were awarded scholarships ranging from $500 to $1,500 – almost $22,000 in total – for specialized training programs.

Lauren’s almost chokes up today, talking about it. “I was very shocked that they would choose someone who already had a degree,” she says. But she was also very relieved to have a path forward out of a job that wasn’t the right fit.

Lauren completed the 10-week LNA class at the Lyndon Institute in early December of 2018, then took her certification test in February of this year.

Today, working full-time as an LNA at Mayo Healthcare and Rehabilitation in Northfield, Lauren is much happier. “I love what I do,” she says. While she does a lot of end-of-life care, she loves the relationships she forms with the patients and their families.

“Oftentimes, the patients’ family members live out-of-state. So, we have a really important role, not just taking care of their basic needs, but being there to show them that we care.”

“I have one resident’s family who refers to me as the sassy saint,” Lauren laughs. “Because I guess I’m sassy, and I’m a saint to be able to deal with certain things. But they always come and ask me how things are going, and how I’m doing… some of the family members even check in on us. I’ve built really good relationships with my co-workers as well.”

Looking ahead, Lauren plans to apply to school, likely somewhere in Vermont, to earn her nursing degree. She wants to work in a hospital at some point, ideally in a maternity ward. But, she says, having experience with older patients is extremely valuable in the medical field. So, for now, she’ll continue being the “sassy saint” until she’s ready to take the next step. 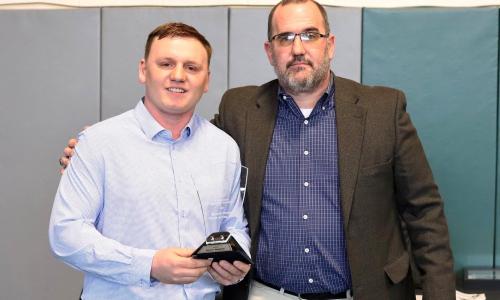 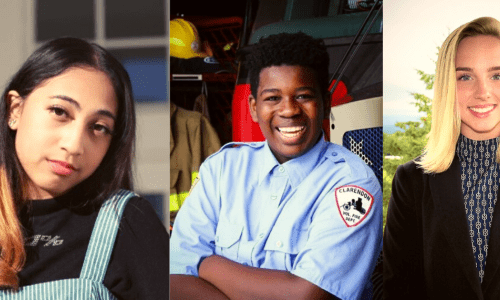 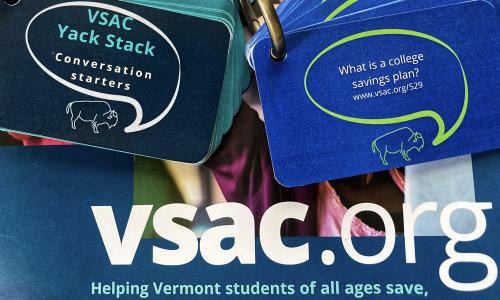