Twenty-one-year-old Victor Hinojosa will graduate this winter from Norwich University on a full military scholarship. He’s an Eagle Scout, attended Boys’ State in high school, and secured a coveted internship in the Governor’s office his freshman year of college. He’s now working full time as an officer with the Berlin Police Department and has his sights set on law school down the road.

On paper, it may sound like Victor has always had it all figured out. But his story, rather than being about “having some grand plan,” has instead been more about his being in the right place at the right time and taking advantage of every opportunity with curiosity, humility, and gratitude.

Take, for example, the way he ended up in his current job. “I didn’t necessarily want to go into law enforcement, but I wanted to learn more about criminal justice,” Victor says. “So I took the introductory class, and as a course requirement my professor said we had to go to the Career Fair down at Plumley Armory and visit with three employers. I spoke with two — they weren’t really that interesting to me — and then I saw this big, tall guy, a police officer, standing alone next to his display. So I figured, ah, I’ll just go chat with that guy and then be done.”

But for Victor, that conversation ended up being much more consequential than just checking a box. For about an hour, he talked to the Berlin police officer, who suggested that Victor consider working part time with the department while he was in school. “He gave me an application, and I mulled it over for a couple of weeks, then sent it in,” Victor recalls. The Town of Berlin ended up sending Victor to the Vermont Police Academy in March 2019 when he was just a sophomore, and Victor joined the team full time in November 2020, right at the start of COVID when Norwich classes went remote. He says he’s really glad to be a part of a cohesive, tight-knit team and have the opportunity to serve the community.

Then there’s the story of how he came to intern in the Governor’s office as a college freshman — something that was “unheard-of” among the Corps of Cadets at Norwich, Victor says.

“I was the only freshman that showed up to this internship panel,” he recalls, where public policy offices in Montpelier described their opportunities. “When I decided to apply to the Governor’s office, people advised me to wait, but I remember thinking, ‘No, I want to do it now.’ And then I got accepted! I didn’t think I could ever do something like that.”

While Victor excitedly talks about these and several other instances when things seemed to fall into place for him, he hasn’t always been in a good place at a good time.

In fact, when he was just 17 months old, baby Victor was literally standing in the center of a horrific domestic crime scene. Victor’s local newspaper, the Addison County Independent, described the events of that morning in a 2017 article about Victor’s high school successes:

“According to court documents, on Dec. 21, 2000, at around 6 a.m., Cristian Hinojosa-Gutierrez, 35, fatally stabbed his wife, Betty Jo Goodrich, 22, in the bedroom of Trailer 43 at Blaise’s Trailer Park in Bristol. Courts had already issued a relief from abuse order on Goodrich’s behalf and police had a warrant out for Hinojosa-Gutierrez’s arrest. … A year later, Hinojosa-Gutierrez pleaded no contest to second-degree murder … and was sent to the Marble Valley Correctional Facility in Rutland.”

Victor, who was adopted and raised by his maternal grandmother and aunt, grew up not really knowing the details of that awful day until he researched the case files for a college assignment. “My family doesn’t talk about it,” he says.

And yet as Victor reflects on his childhood — being raised by two strong women, being recruited by a gaggle of close buddies to join the Boy Scouts so they could all go camping, swimming, and hunting together — it sounds pretty idyllic, down to the family cat, named “Rabbit” because of his bobbed tail. The fact that he had that solid foundation, particularly after the way his life had begun, is something Victor credits to his grandmother, the Boy Scouts, and his community of Bristol. “They all gave me so many opportunities to grow,” he says.

Indeed, Victor and his sister, who is five years older and went to Castleton and Boston University, have both been very successful.

“I knew I wanted to go to college,” recalls Victor, who earned several leadership roles and community service awards before he finished high school at Mt. Abraham. “My next question was, how do I pay for it? Carrie helped me with both,” says Victor, speaking of Carrie Harlow, his counselor through VSAC’s Talent Search program.

“She was just a wealth of knowledge that I couldn’t get from anybody else,” Victor says. “My family just didn’t have the means to go to college themselves, and they didn’t have the knowledge to walk me or my sister through the beast that college application is.”

After Victor expressed interest in doing something with the military, Carrie recommended that he talk with a recruiter. Victor ended up being the first student in Vermont to get a Minuteman Scholarship, which covers four years of tuition, in addition to room and board. For the few incidentals (like uniforms) that weren’t covered by the scholarship, Carrie helped Victor identify and secure other funding opportunities.

“I met with Carrie to show her my applications, and she would give me recommendations on what different places were looking for and what I should take out or put in,” Victor recalls.  “I liked having someone that was walking you through the process and making sure you weren’t going to stumble and fall. And if you started to, they would put you back on your feet. For me it was a huge help.”

He graduated from Norwich this past spring with a degree in political science and a minor in leadership studies, and without incurring or owing a dime of expenses. “I’ve made out like a bandit,” says Victor, who anticipates his post-college commitment to the Army Reserves — one weekend a month and two weeks of training in the summers — with excitement and gratitude.

“I think law school is going to be my next step,” Victor says, with an eye toward Vermont Law School. “But that’s still several years away, because of the amount of training that the Army requires. I want to stay committed to it.”

“It doesn’t matter what your background is,” says Victor. “As long as you’re committed and you’re willing, you can step up and do anything you want to do.”

For information on college and career planning and help with financial aid, go to www.vsac.org/FAFSAfirst and check out our online workshops and events. For an update of how we can help with the impact of COVID-19, click here. You can also give us a call at 800-642-3177, 8:00 am to 4:30 pm, Monday through Friday and online at info@vsac.org. 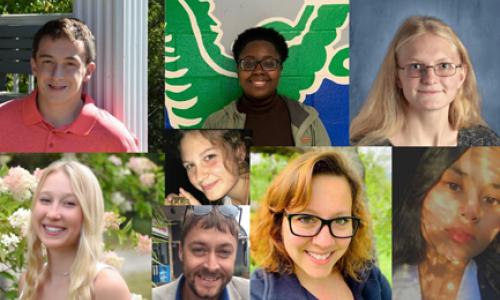 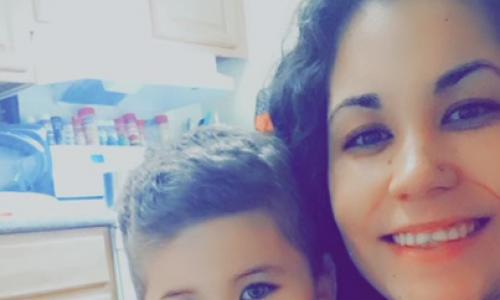 September 12, 2021
After a job curveball, this single mother heads back to school
Read More » 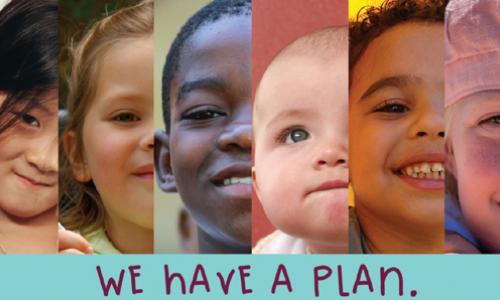 September 9, 2021
September is College Savings Month. We have a plan.
Read More »