Bennington tenth-grader Emily Maikoo made an astute observation this fall as an ensemble cast member of the Mount Anthony Union High School Drama Club’s production of Chicago. “While I didn’t have a starring role, I really liked how the director made everyone feel like we were a key part of the production. And it’s true; we noticed that if someone wasn’t at practice, things fell flat,” she recalls.

Emily’s mature appreciation of the importance and integrity of every individual, be it on stage or in the world, has led her to aspire toward a future career in human rights and immigration law. As the daughter of parents who emigrated from Guyana, a small country along the northern coast of South America, 25 years ago, Emily is grateful for her own family’s successful experience coming to the United States – and she is also determined to make that same positive experience a reality for more people like her.

“It makes me really sad to know that not all families had the opportunity to come here, as we did, without any problems. There are so many kids who are exactly like me in so many ways but aren’t given the same opportunities as I was,” Emily says. “So, if I can help in any way, I would love to.”

Her mom and dad, who came to America in search of greater opportunity, always told Emily and her brother that “we could do whatever we wanted to do – as long as we worked hard at it,” Emily recalls. Clearly, both of the Maikoo children took that message to heart. Emily’s older brother is currently halfway through college at Emory University in Atlanta, studying business and finance. And as Emily nears the midpoint of her high school career, she’s already given a lot of thought to the next steps, under the guidance of VSAC’s Talent Search program.

“I’ve always looked forward to the different experiences and to the greater diversity that college brings,” says Emily. As a Black teenager growing up in predominantly white Vermont, Emily says she has struggled at times with the feeling of being different. But she also appreciates most people’s natural curiosity about her background – something she shares herself, as she continues to discover what it means to be Guyanan-American. “I’m still learning about myself and my culture,” Emily says.

In the meantime, she is also immersing herself in cultural work in her hometown. She’s involved in a project to review the school district’s past governance documents and update the language to make it more inclusive. She’s also working with others at Mount Anthony to create a BIPOC affinity space, where students of color have a safe and welcoming space to talk about their experiences.

And she’s begun working on a possible college list. It’s an ambitious one and includes schools like Fordham, Columbia, Brown, and Georgetown – as well as Emory, where her brother goes. “I’m looking forward to narrowing that down based on further research,” she says.

That’s an area that VSAC’s Talent Search program will help with. Emily’s naturally goal-oriented and curious nature bodes well for her success, says VSAC counselor Monda Kelley, who has worked with Emily since the seventh grade. “Emily has always worked hard to meet the goals and expectations she has laid out for herself, and she also works hard to get her questions answered,” says Kelley.

Emily says that the guidance of the VSAC program, and the great experience she had last summer at the Governor’s Institute of Vermont, helped her solidify her interest in human rights law. At the Governor’s Institute, she took a politics class that explored immigration and climate change and how those issues affect politics. “I learned so much. It’s been one of the highlights of my high school career so far,” Emily says. “It made me realize, I can work on things I’m passionate about and I really can make a difference.”

Emily is on her way to doing just that through her many activities at Mt. Anthony and in Bennington. She serves as a class officer in the Student Senate, is a member of the Rotary Interact Club, and she is the Co-President of the Mount Anthony Union High School Climate Change Initiative. She also contributes to the Climate Advocates of Bennington and the Southern Vermont Supervisory Union Equity Advisory Committee.

Across all these activities, Emily concerns herself deeply with being a good representative of her peers. “I want to make sure I’m leading the community in the right direction,” she says – a responsibility that she takes to heart.

“One of the things I love most about my school is how the community makes sure minorities are represented. Everyone is trying hard to make sure everyone has a voice,” she says – just like that ensemble cast.

Tag:
About VSAC
Applying to College
Searching for a College 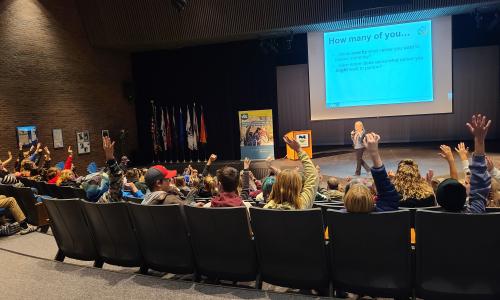 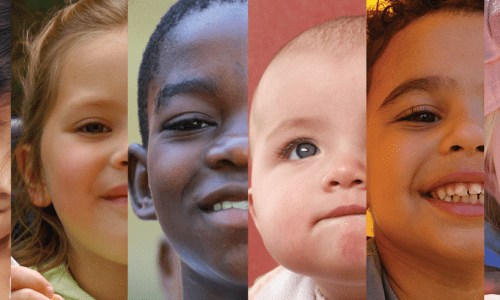