EOC helps Somali immigrant open doors so others can follow 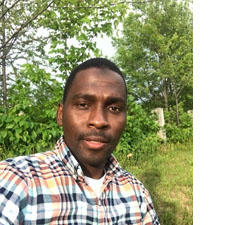 Dalib Bulle’s life history may be what we all envision as the ideal immigrant story. He came to America from a war-torn country, got a job right away, and has been able to help hundreds of families from his native Somalia gain their own foothold in Vermont.

Now, with the help of VSAC’s Educational Opportunity Center — a program designed to connect adults with career and educational resources — he’s pursuing his next opportunity.

Dalib, now 35, was 18 years old when he came to Vermont with his family. The second oldest of seven children, he was born in Somalia, where his parents ran a successful farm until civil war broke out in 1991. But he remembers nothing from his native country; all his childhood memories took place in two refugee camps in Kenya — Dadaab and Kakuma — where the family lived for over a decade.

“The refugee camps were better than Somalia in the sense that bullets were not flying. But people would still come in the night and steal your food,” he recalls. “It’s not really a good place because there aren’t any opportunities there. You may go to school, but there is nothing you can do when you graduate. People were really struggling, and they are still struggling there today,” says Dalib, who went back to Kenya last year to visit friends and relatives.

Dalib’s parents went through a long and arduous process applying for asylum in the U.S. “You had to show a good reason as to why you wanted to come here. The reason was very clear, but you had to go through many interviews, and you had to keep your answers consistent,” he says, explaining that sometimes it would be several months, sometimes a couple of years, before you were called back for a follow-up interview — and then they would ask the same questions, to make sure your answers didn’t change.

“It’s hard to retain information, especially when you went through trauma and civil war. You just can’t remember. Many people fail the interview process and are still there in the camps. We were among those who passed.”

In July of 2004, Dalib, his parents, and his five younger siblings were approved for resettlement, and they arrived in Burlington. (His older sister, who already had a family of her own, applied separately, and her family was also approved to come to the United States around the same time.) Dalib, who had learned English in school, went to work right away for the Winooski School District, where he still works today. As a Multilingual Liaison, Dalib helps make connections between Somali families, the school, and the community at large.

In addition to English, he also speaks Somali, Maay Maay (a Somali dialect), and a little bit of Swahili. His understanding of those languages, of the Somali culture, and of the New American mindset are all very in-demand skills, as he helps families understand how to be involved in their children’s education and how to access essential services.

“Where I went to school, my parents were not called in to be part of my education. If behavior problems came up, they would get a call. But in the American school system, it’s different. The parents have to be involved either way,” Dalib explains. “It can be hard for us to break that barrier, because it’s not what parents are used to. But the result has been great. We are really proud of that.”

While Dalib’s job is based in the school, his critical role extends to many other aspects of life.

“We have our cell phones with us 24/7,” he says. “We get calls all the time, whether it’s a medical issue, an incident with police, or needing help with food stamps. When you’re coming to a country where the language is not your own, it’s really tough to access anything. So we help people with anything they might need help with. Once they know you, they contact you for everything. That’s how you keep the relationship, and that’s just what we do.”

The district employs Nepali, Swahili, Burmese and Iraqi liaisons, and Dalib now has someone else working with him to serve the large Somali and Maay Maay communities.

“Many of them have been very successful. They’re going to college. There are good things happening. We’re excited to help them,” he says.

Dalib takes just as much pride in his own family’s success. His mom, who had been working at Intervale Farms for many years, recently retired. One of his brothers works with Spectrum Youth Services, supporting high school youth in Chittenden County. Two of his sisters are now married with children of their own. His two youngest sisters are still in school — one at Castleton, and one still in high school.

And his other brother, Omar, is a state trooper, the first person of Somali descent, in fact, to serve with the Vermont State Police.

“I try to be a good role model for my siblings. They say that a camel only follows the one that’s ahead. They all turned out to be good, so I’m excited about that,” Dalib says with a chuckle. “I’m really proud of our family’s success.”

And while Dalib himself has already been quite successful, he thinks the time may have come for him to take his own next step.

“I’ve been working in the schools for a long time now — 17 years. I love my job, I love the people, but I’m just thinking about other opportunities, as Americans would say,” he laughs.

Back in the spring, Dalib started talking to a friend who owns his own trucking company. “He has four or five trucks now, and he’s hiring people. I was asking him about the opportunities, and the pros and cons.” The conversation got Dalib interested in pursuing his commercial driver’s license so he could potentially join the operation. “I was talking about it one day here at school, and a colleague of mine put me in touch with Hemant Ghisling, who works for VSAC. I met with Hemant, and I ended up getting a grant,” which will cover a large portion of the cost of his certification.

This past April, Dalib enrolled at the Pro Driver Training School in Milton, where, fortunately, he can take most of his classes on his own time, so he’s able to fit it in alongside his demanding workload. He says he spends a lot of time studying during the summer months and school holidays, when he doesn’t have official office hours.

“I’m taking a step forward every day… slowly, slowly… but I’m hoping I can get there. I’m very excited.”

“A lot of doors are opening. In the camps it’s not like that at all. You get an education, but you don’t have a place for it. I’m excited that we were able to come here and move on and get jobs. It’s an opportunity that everybody deserves to have.”

Ready to take the next step in your career? Considering a class, certification, career training, or college program? Whether you’re starting for the first time, returning to school after a gap, or are an avid lifelong learner, VSAC is here to help. The Educational Opportunity Center program at VSAC serves adults who do not yet have a 4-year degree. Most adults served through EOC are the first in their families to go to college and have financial barriers to pursuing their goals beyond high school. VSAC EOC counselors throughout the state help with career exploration, education and training options, and financial aid applications. 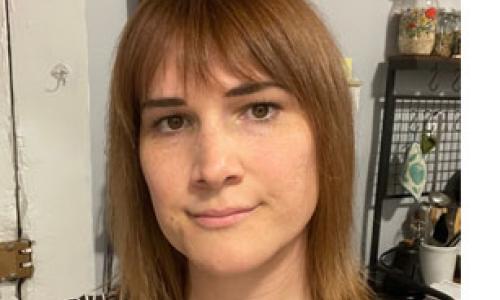 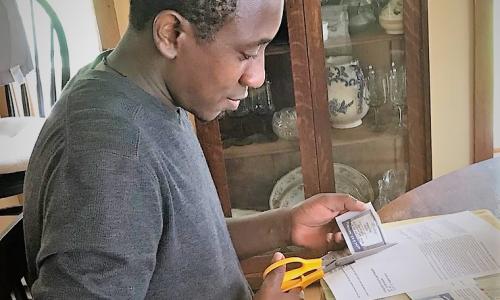 March 30, 2022
For this Ugandan refugee, a truck-driving license paves the way for a bright future
Read More »